After you have carefully selected the tree, cut it down, and (hopefully) had time to age the wood it is time to prep the bow staves.

Prepping bow staves is a fair amount of work but made easier with the right tools and a little experience.  The examples below aged for nearly seven years in a dark, dry barn.  These are nearly all hickory and therefore, are generally easy to split if the grain is respected.  I use an old froe, mallet, and hammer for most of my splitting and only resort to steel wedges or power tools in rare, generally green cases.  As most of the staves that I cut personally are 6’6″ – 7′ long, this is the time when they are sawed to a rough length; generally 65 – 70″.  They are left long initially to account for any splitting of the ends that occurs during the drying process that will interfere with the finished bow.

These staves were massive and can generally be made into two or three bows in the end;  two from the outer portion and one from the inner.  This isn’t always true for some older hickories as the heartwood “sets” and becomes dark and brittle.  Taken in a deep valley, this tree was large enough and fast growing so doesn’t seem to be a problem.  It is difficult to tell from the photo above but this is an extremely large piece of wood.  It was weighed a few days after felling at 79.5 lbs.  It was weighed again, just prior to splitting, almost seven years later at 48 lbs.  That is nearly 30 lbs (5 gallons) of water that evaporated.

The above photo shows the froe in use, prying the two halves apart without much effort.  Once started with a mallet in the end, it is just a matter of prying and moving down the staff.

The staves can now be safely de-barked and are generally ready to be roughed out, a relatively easy task on hickory, but not so with Osage orange (photo below).  Osage needs to be shaved down to a single layer within the wood.  In this case about a half inch inside the bark to find a suitable growth ring.

One of the troubles with Osage orange wood is the transitional new growth on the outer (back) of the stave, visible as the white rings.  This wood is not useful for bow making and needs to be cleanly removed down to a single growth ring.  In the case above, several old growth rings will be removed as well as they are inconsistent and pinch out on the right side of this stave.  It is generally wise to choose one of the thicker rings to serve as the back as it is under a lot of tension during the draw.

This is about half the useful bow staves made in a single run with a “whole” stave on the right to show how they begin.  This one weighed about 80 lbs green but only about 50 lbs dry.

On to layout and the next steps. 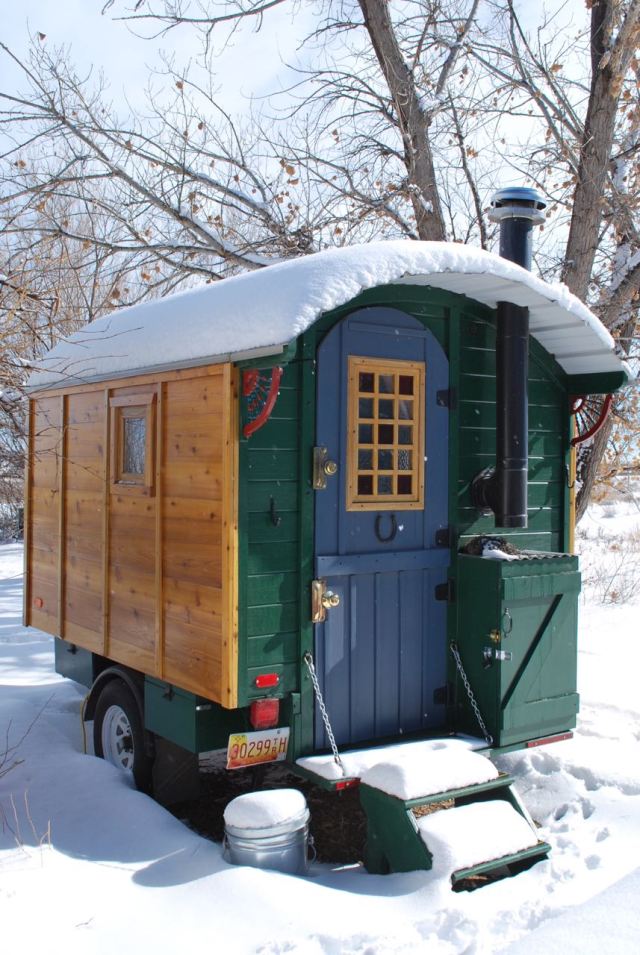 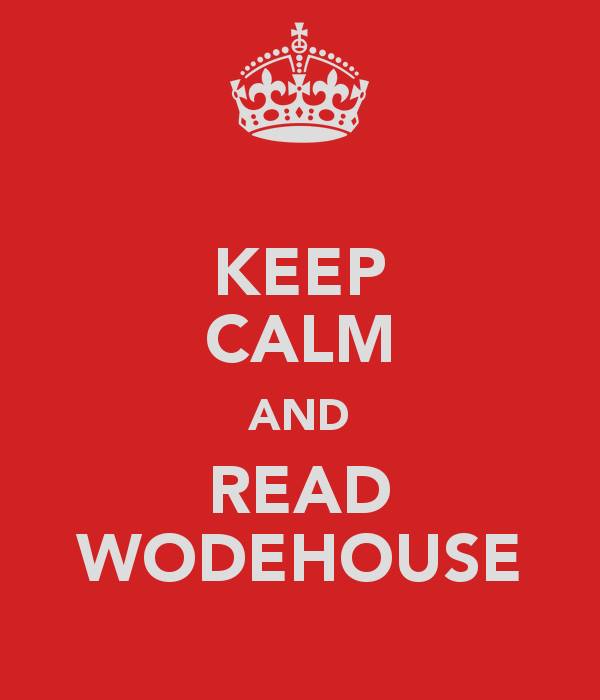 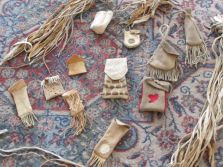 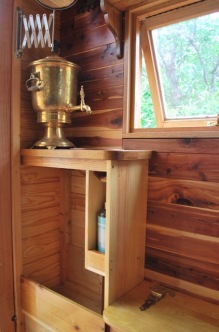 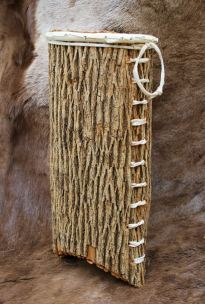 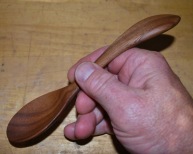 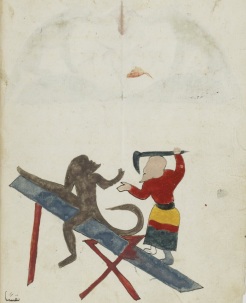 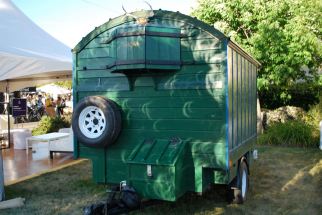 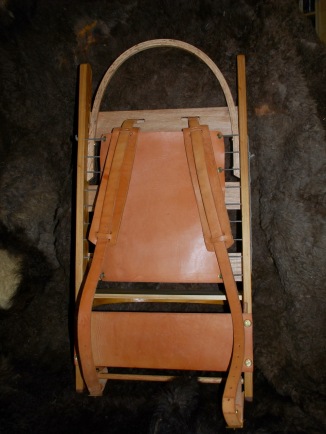 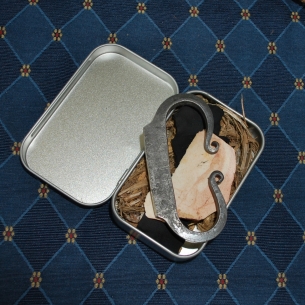 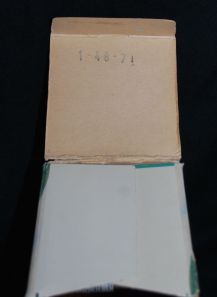 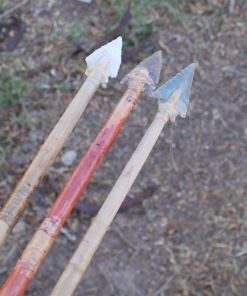 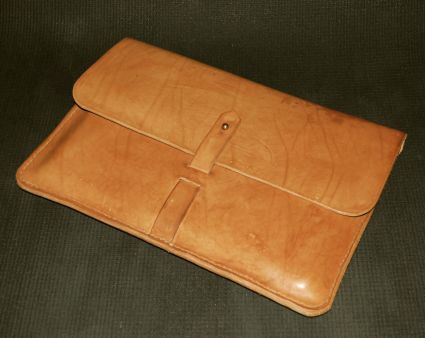 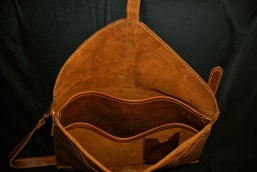 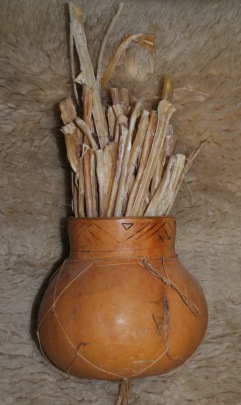 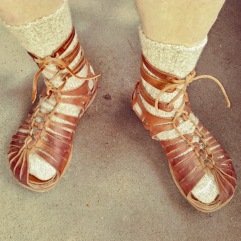 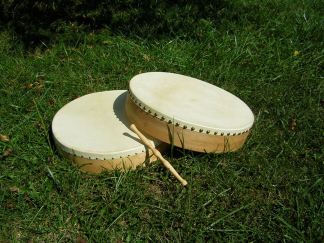 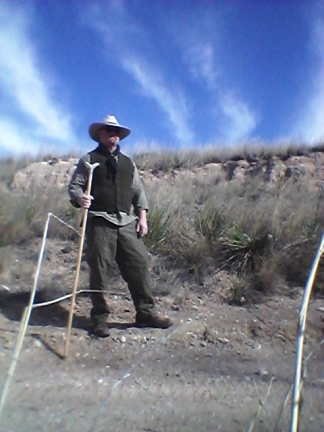 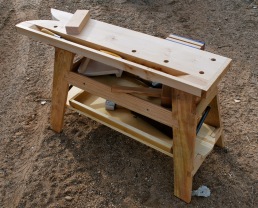 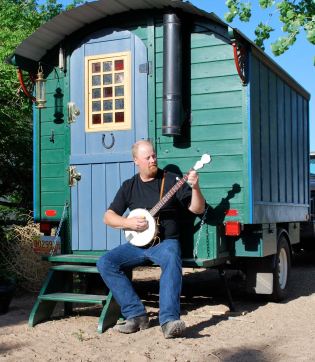 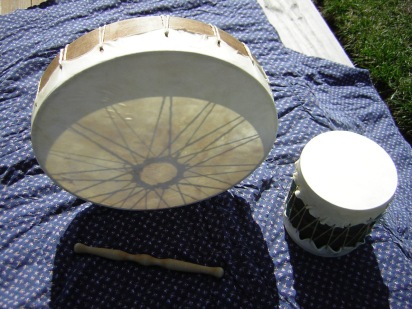 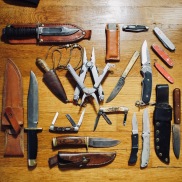 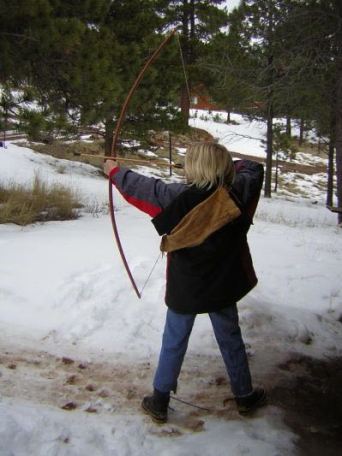 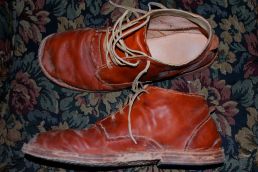 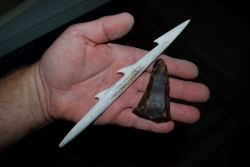 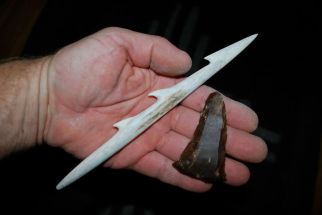 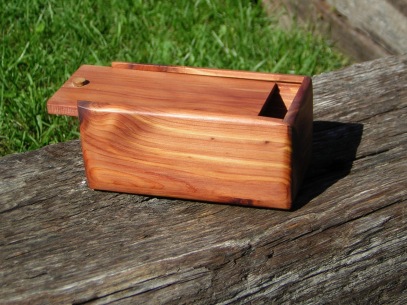 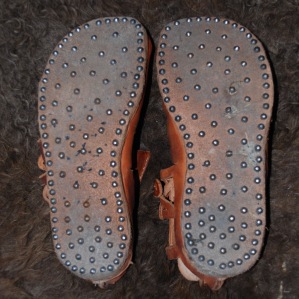 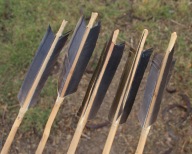