“On January 8, 1815, Major General Andrew Jackson led a small, poorly-equipped army to victory against eight thousand British troops at the Battle of New Orleans. The victory made Jackson a national hero. Although the American victory was a big morale boost for the young nation, its military significance was minimal as it occurred after the signing (although before ratification) of the Treaty of Ghent that officially ended the war between the U.S. and Great Britain. The battle was fought before word of the Treaty reached the respective armies in the field. The anniversary of the Battle of New Orleans was widely celebrated with parties and dances during the nineteenth century, especially in the South.” from the Library of Congress website.

Folk musicians of Americana know this day for the wonderful standard performed under various names, generally as 8th of January.  Enjoy!

Here’s a simple tablature found over on the Banjo Hangout. 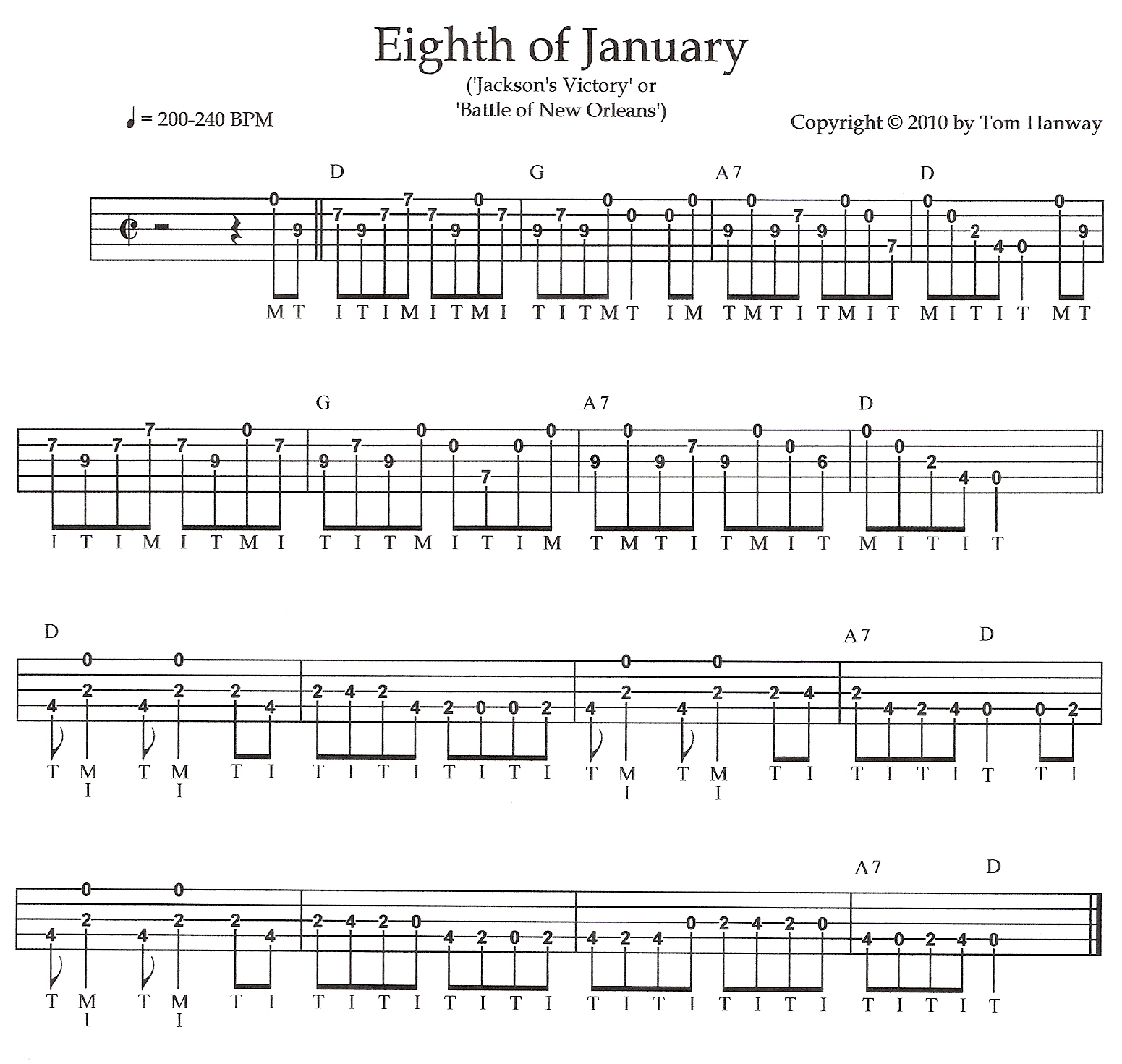 2 thoughts on “Eighth of January”